What a delight to have been a part in the promotion of such a fun & visually stunning movie, music website, and great airline. The promotion offered opportunities to win prizes by playing micro-games and learning more about locations Southwest Airlines flies to which correspond to the music each Troll represents. Below are screenshots of the promotional collect-and-win experience followed by a brief explanation. 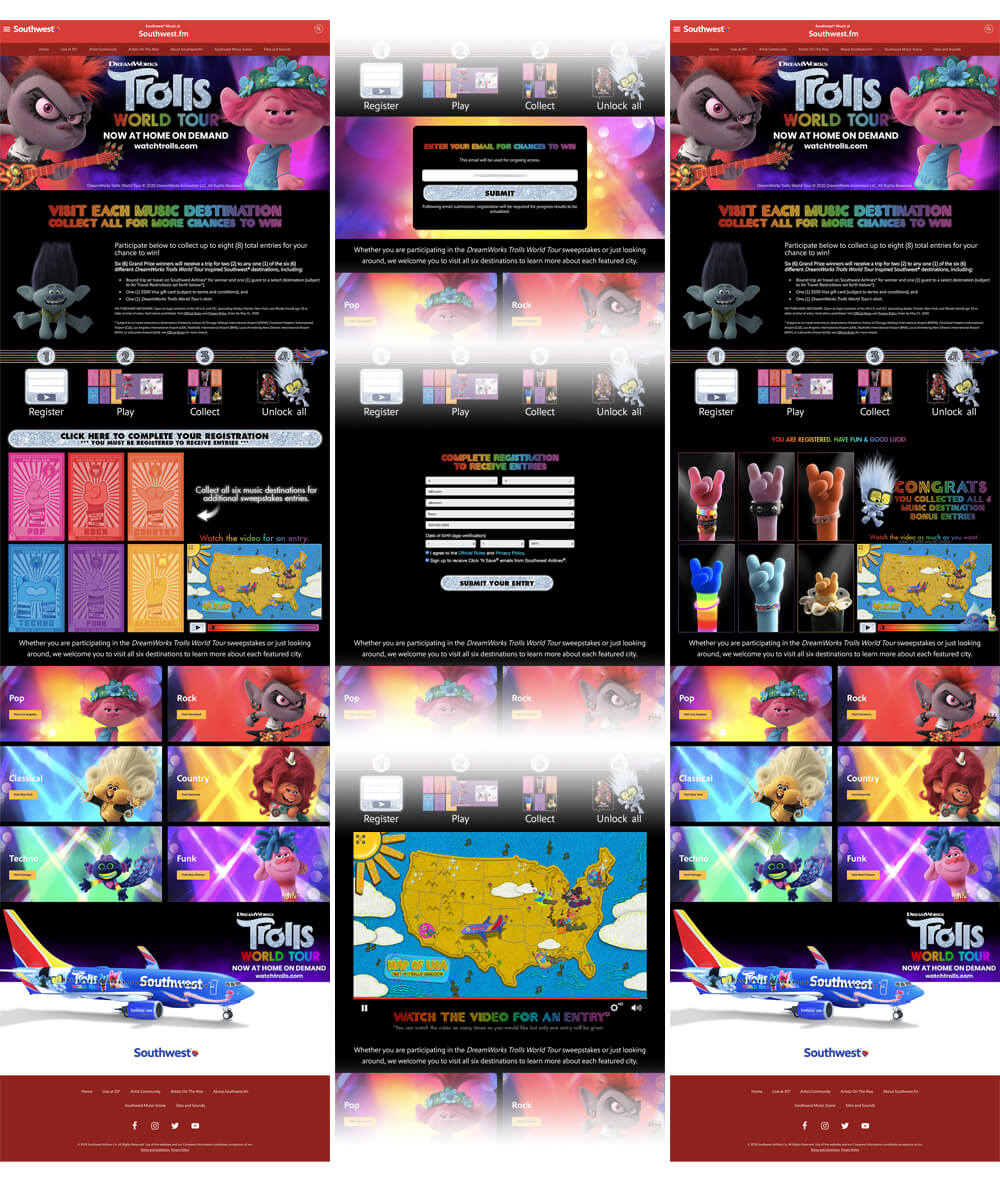 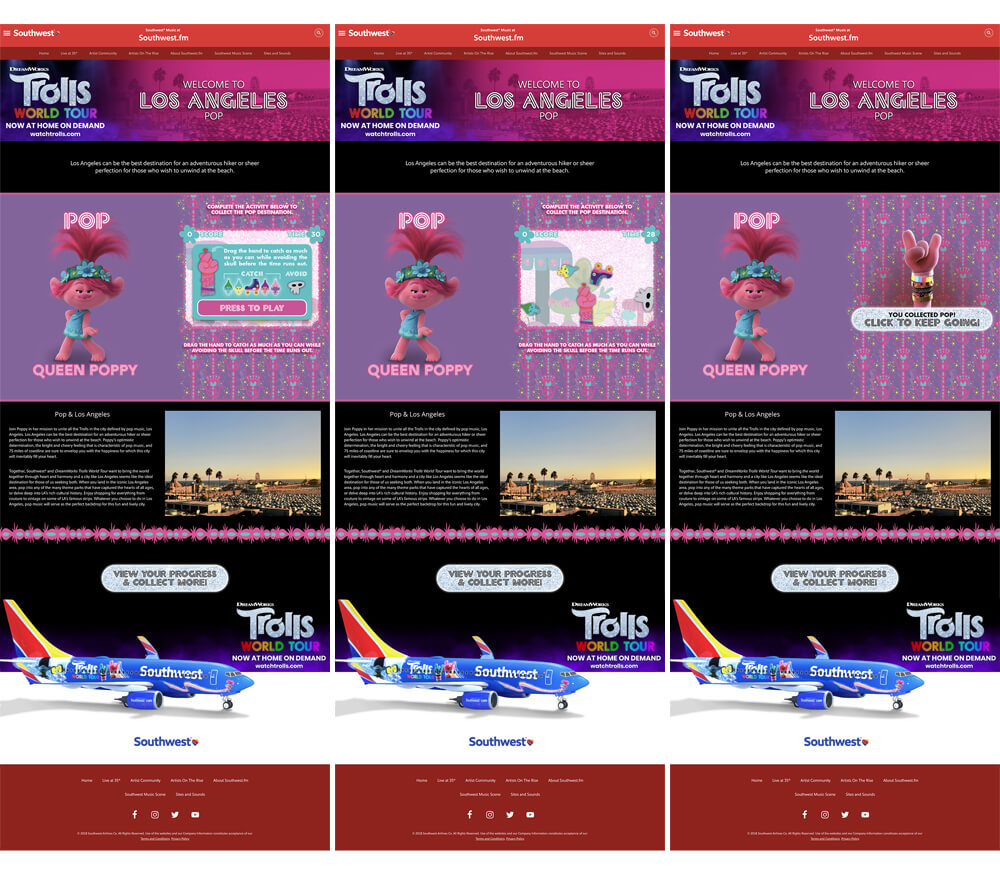 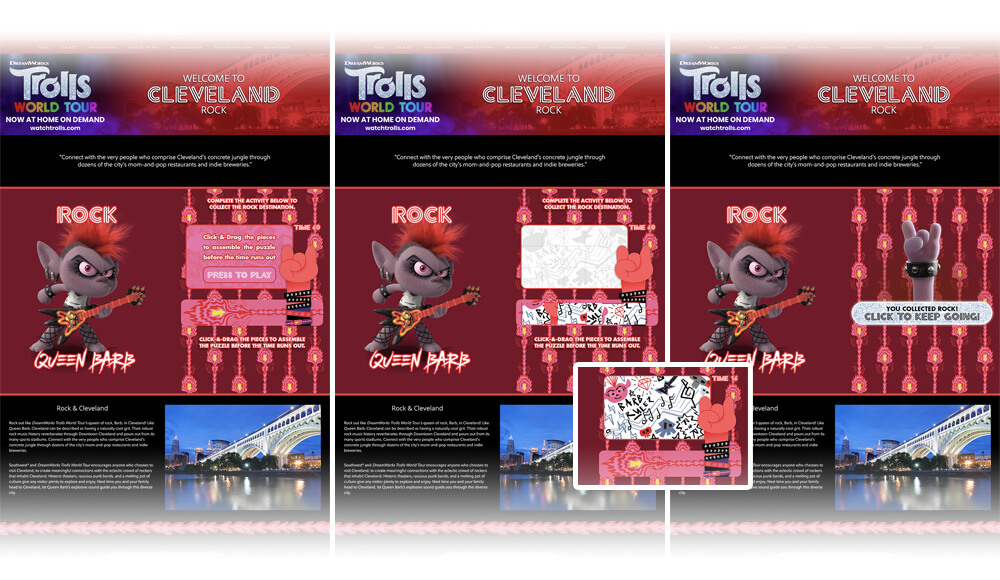 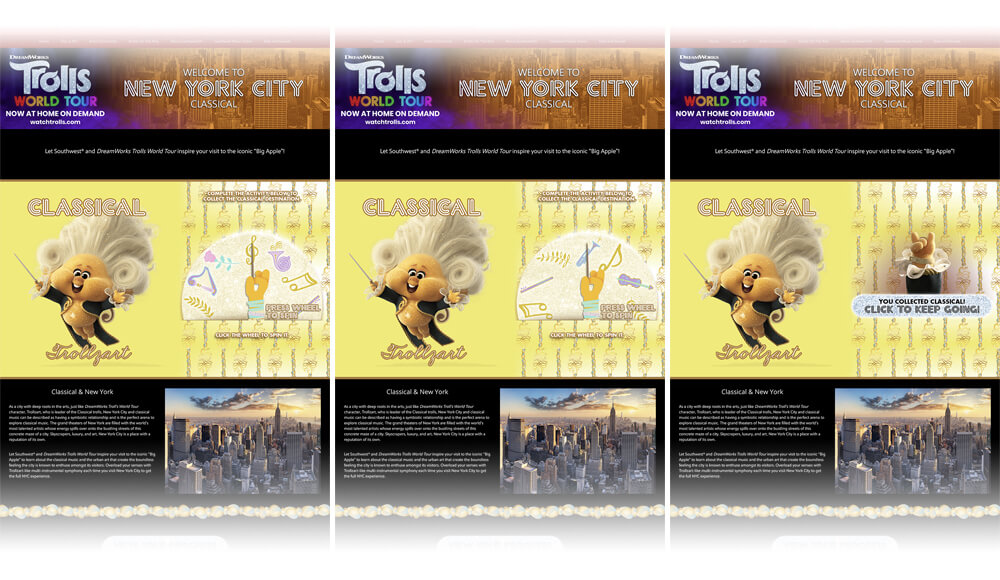 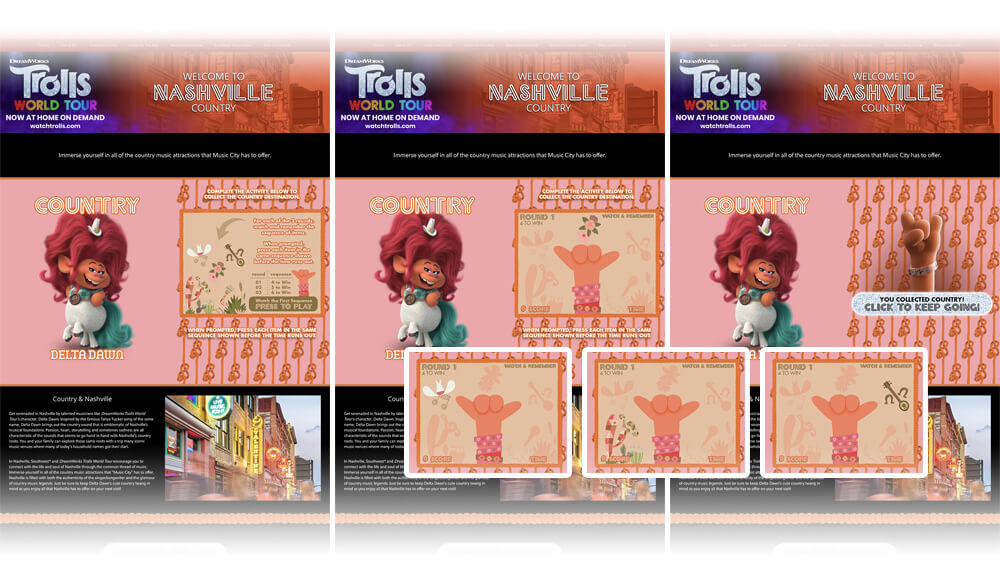 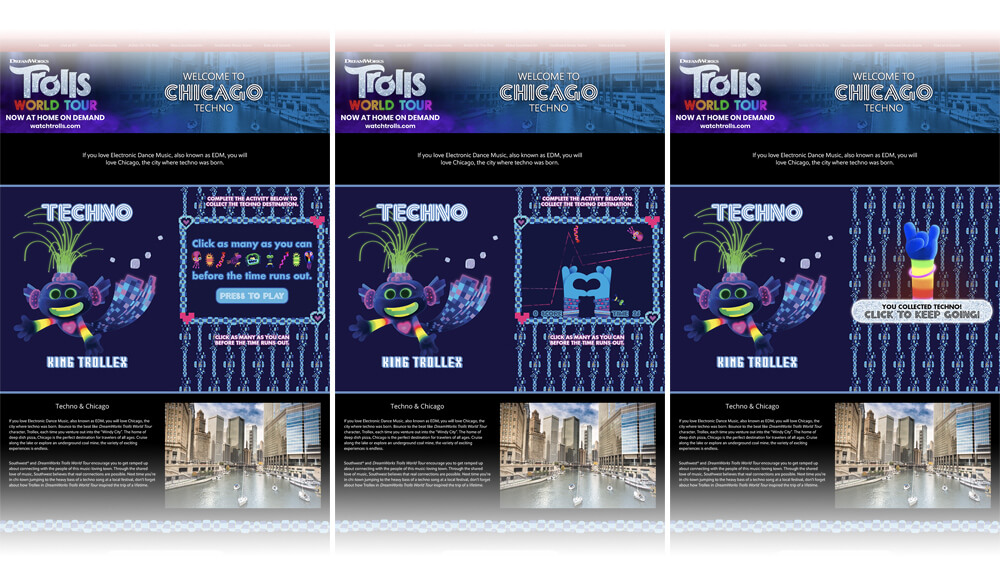 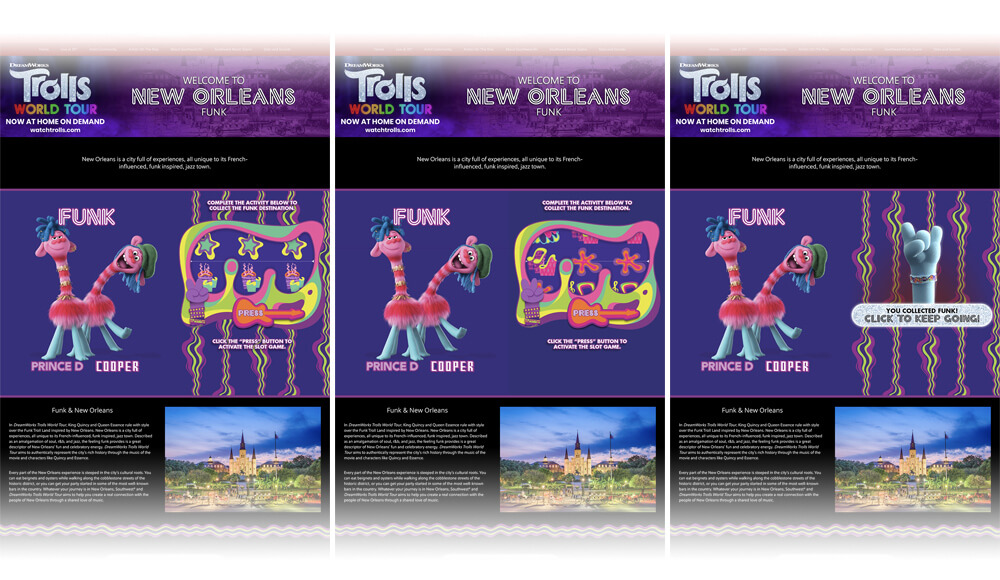 A brief explanation of the collect-and-win experience screenshots above:

1) The player starts with an empty collect-and-win board and must register to have activity credited to their opportunity to win.

2) After registering, the user visits each of the 6 Troll/Music destinations. Each Troll represents a different music genre and each has a corresponding city that Southwest Airlines flies to and is known for regarding that genre of music. (Queen Poppy = Pop & Los Angeles, Queen Barb = Rock & Cleveland, Trollzart = Classical & New York City, Delta Dawn = Country & Nashville, King Trollex = Techno & Chicago, Prince D & Cooper = Funk & New Orleans) The user can learn about the destinations and by completing the micro-games get an entry into the drawing for a chance to win.

3) The collect-and-win board on the main page reflects which destination has been collected and gives an opportunity for an extra entry by watching a video about Trolls and Southwest Airlines.

Note: Prior to the COVID-19 pandemic, additional elements and prizes were also to be released; however, the closure of movie theaters and grounding of planes required modifications to the program and already developed portions right before launch. Similarly, the Trolls World Tour skinned plane Southwest Airlines intended on flying was cancelled right before production due to planes being grounded. While disappointing, I’m proud of how quickly and effectively the teams responded to the unexpected changes the global situation brought. It’s an honor to be among such professionals!

CataBoom offers a unique, fast and easy to deploy gamification platform to accelerate acquisition, reward engagement and build loyalty through instant and consistent gratification of rewards.